From a Famous Illustrator: Web Designer as Tattoo Artist

just over 7 minutes to read

just over 7 minutes to read 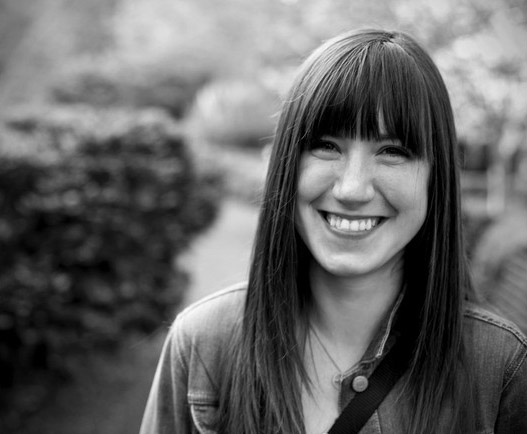 Jessica Hirsche is known as one of the world’s current leading authorities on type decoration and illustration. She has some instructive thoughts on why she’s definitely NOT a web designer:

I might seem like a jack of all trades, but I’m really a specialist. I specialize in lettering, type design, and illustration—this is what I’m best at and is probably why you found my website in the first place. I find it strange that I get so many requests for web design—I went to school for graphic design, yes, but each sub-field of graphic design has its own set of problems, limitations, and guidelines.

Web design is, for the most part, not linear, and the way that people use and peruse the web changes constantly.

Just as you wouldn’t expect any random person that owns Adobe illustrator to be able to draw a decorative letter from scratch, you can’t expect any print designer to be able to really and truly design for web. Web design is not print design, it’s a whole different and very complex animal. When a person encounters a book or brochure, they know how to use it. They look at the cover, they open the cover, and page by page they work their way to the end. Web design is, for the most part, not linear, and the way that people use and peruse the web changes constantly. To be a good web designer you must live and breathe the web. You have to pay attention to trends, read articles about best practices, essentially do whatever you can to stay relevant and current. If you don’t throw yourself head-first into the field, you end up making websites that feel “two years ago” or believing that Flash is still “The Next Big Thing”.

I believe all people that design for the web should be able to do basic front end coding (HTML and CSS), because so much of the design process can happen at that stage.

Not all web designers can code their own websites, but to be a good web designer you absolutely need to know what others are capable of doing. I believe all people that design for the web should be able to do basic front end coding (HTML and CSS), because so much of the design process can happen at that stage. I know a few web folks will get up in arms with me about this but it took me 6 months to learn most of what I needed to learn to edit WordPress or other blog platforms and I am not trying to be a professional web designer. If you really want to know how I feel about it, check out this talk I gave. Also, unless your website is incredibly image heavy (like all of your navigation is image and much of your content is image) it just makes sense to do some designing in the browser as it is so much easier to make universal changes and move things around and see them (almost) exactly how others will. Not being able to do basic coding is like being a print designer that never sees proofs before things go to press. You can wait and make the changes later, but its just so much easier (and less expensive) to make things perfect before you send them off to someone else to “print”.

Not being able to do basic coding is like being a print designer that never sees proofs before things go to press.

Web design is almost always a collaborative process—even the savviest of WordPress hackers are still starting with a CMS that was built by others and usually incorporating plug-ins developed by others. You did not build your site all by your lonesome, you stood on the shoulders of many. Aside from this form of accidental collaboration, there’s also a great deal of honest-to-God teamwork involved on big projects. If you are a web designer, chances are you know developers of different skill levels and price ranges that will work well for different projects.

The $1000 they spec’ed for development in their initial client proposal bought them a website held together with bubblegum and masking tape.

Most print designers probably have a friend or two that knows html and can edit the heck out of blog css but very few have close relationships with back end developers (people that know ruby or php very well, etc). It makes sense to hire someone that has the means to make your website all lined up and ready to go and can put the right people in place to get the best result. They’ll know how much the developing will cost, how long it will take, how to make a site that can easily be passed on to a client so you don’t have to “maintain” it for them. I’ve seen so many people struggle with web design, not because they couldn’t put a .psd file together to hand off, but because they had to work with terrible developers after realizing the $1000 they spec’ed for development in their initial client proposal buys a website held together with bubblegum and masking tape.

If you designed a tattoo for yourself, spent months thinking about it and drawing it, would you take it to your cousin’s friend that bought a tattoo gun on ebay because he calls himself a tattoo artist now?

The most common argument I get from clients that want web design is “But I just need you to do the .psd file designs, I have a developer friend that will put them together for me.” This is fine. If I wasn’t so completely picky and insane this would be great, but I see it like this: If you designed a tattoo for yourself, spent months thinking about it and drawing it, would you take it to your cousin’s friend that bought a tattoo gun on ebay because he calls himself a tattoo artist now? Probably not. How do I know that your developer will put things together right? I’ve never worked with him before. I’m not in contact with him, you are. Developers and designers need to be able to work together from the beginning of the project to the end of the project to make a site perfect. I feel for web developers because so few people understand the artistry involved in what they do. It takes working with a website that is a clusterfuck behind the scenes to really understand how important it is to invest in good development.

Anyway, to conclude a fairly long rant: Hire people that are best at what they do. It’s not that I (or other print-centric designers) can’t do web design, it’s that you should want to hire someone that will do it best—someone that knows the ins and outs of the web and can then hire people like me to do what they do best: draw ornaments, illustrations, etc. that will make the site sing.