Can ‘the Grid’ replace a human web designer?

just over 10 minutes to read 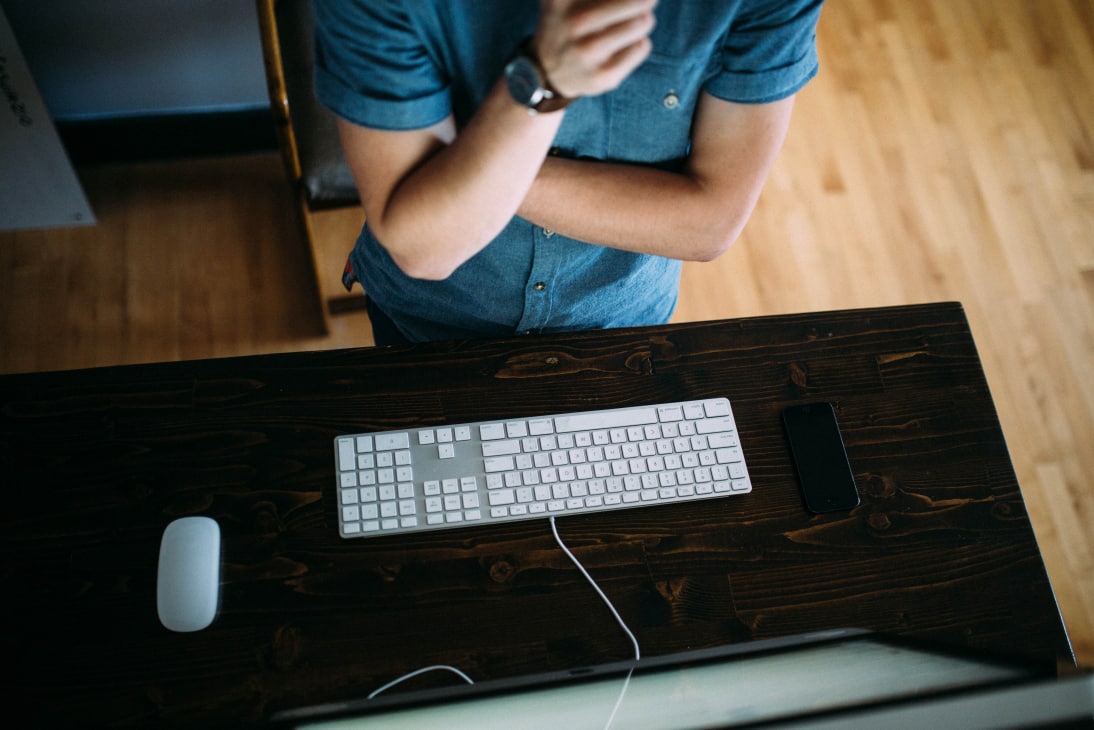 Unless you’ve developed the enviable skill of ignoring adverts on Twitter, you can’t have failed to notice The Grid, a new service promising “AI websites that design themselves.”

The Grid “is not another do-it-yourself website builder,” the difference according their site, is that The Grid boasts an advanced AI (artificial intelligence) that can build custom solutions for its clients in mere seconds.

I’ve often heard WYSIWYGs, and more recently website builders, likened to robots replacing human workers on factory production lines; I’ve yet to hear of a robot making it into the design department. Certainly, there is scope for automation in web design: When once you spent an hour setting up basic stylesheets, now you import a framework; when once you spent a day considering design options, now you choose a design pattern; when once you spent a week coding specific functionality, now you download a plugin.

We all want to think of our skills as essential, but are we essential to our skills? Are web designers surplus to requirements?

CAN THE GRID OUT-CODE YOU?

The key principle by which we measure WYSIWYGs and website builders is how clean the code they output is. To date, I’ve not seen a single one that produces acceptable production code. As The Grid isn’t yet accepting clients, the only site we can use to judge its code is its own thegrid.io, which was built with its software.

At the time of writing, The Grid’s output doesn’t pass W3C validation: the video element’s autoplay and loop attributes have been set incorrectly; not an earth-shattering error, any self-respecting browser will render the page correctly in any case, but hardly a ringing endorsement of The Grid’s capabilities.

Semantic markup is valued because it ensures that data is structured in such a way as to reinforce its inherent meaning. Semantic markup creates a hierarchy, so that it is more than a jumble of facts. The Grid doesn’t produce semantic markup, because it’s an automated system that neither knows, nor cares for the meaning of your data.

Not an error a human being would be likely to make.

If you run thegrid.io’s styles through a CSS validator, things get decidedly worse — almost 90 errors are generated by just the CSS embedded in the head of the page. But then the style sheets used by The Grid don’t validate, because they’re not supposed to.

The Grid uses what one of its creators, Dan Tocchini, refers to as GSS (Grid Style Sheets). GSS uses a polyfill (yes, JavaScript for layout) to bridge the gap between what CSS can be relied upon to render consistently, and how the designer wants the page to render.

There has been a disappointing delay in browser manufacturers implementing the CSS grid layout module, and if you’re able to turn a blind eye to the dreadful inefficiencies of rendering a layout with JavaScript, GSS does seem to offer a reasonable approach. However there is a deep conceptual problem at the heart of this solution:

It’s difficult, if not impossible, to build a system with total malleability that also respects the integrity of its content. The only way that would be possible would be to develop a system that not only stored content, but understood it.

IT’S DIFFICULT, IF NOT IMPOSSIBLE, TO BUILD A SYSTEM WITH TOTAL MALLEABILITY THAT ALSO RESPECTS THE INTEGRITY OF ITS CONTENT.

In a recent article Paul Boag argues that we are reaching the point at which most front-end code will soon be automated. The key, he argues, is not that website builders produce good code, but that they produce code that is good enough. It’s hard to argue that The Grid doesn’t produce code that is good enough, when all major players actively make allowances for poor coding practices — there is, for example, no evidence that code that validates outperforms code that does not, on Google — but the sacrifice made is the integrity of the content.

The Grid rejects web standards in order to achieve dynamically malleable designs, but in doing so it overrides the hierarchy implicit in the site’s content, and with it, potentially the content’s meaning.

CAN THE GRID OUT-DESIGN YOU?

In 1997, world champion Garry Kasparov was beaten at chess by the IBM designed computer Deep Blue. Coming just three short months before Skynet was due to become self-aware and wipe us all out, it seemed like a benchmark moment.

Kasparov did lose the match 2.5–3.5, not to a computer, but to a team of computer programmers who used a computer as a strategy aid.

A COMPUTER HAS NO KNOWLEDGE OR UNDERSTANDING OF COMMUNICATION, IT’S SIMPLY A CONDUIT.

How does The Grid judge the readability of a paragraph? Does it lean back in its chair? Squint its eyes? Perhaps carry itself over to the window to check the design under different lighting? A computer has no knowledge or understanding of communication, it’s simply a conduit. From typography to user experience, every single design choice made by The Grid has been dictated by human designers building a set of style rules that they hope will apply to any given data.

The Grid’s creative director is Leigh Taylor, who designed the blogging platform Medium. Hats off to him, Medium is a highly accomplished blog design. Of course Medium, with its numerous subjects, authors and commenters is a site that cannot know its own content. As witnessed by the myriad of Medium imitators out there, it’s not an approach that can be universally applied with the same success.

Take one of The Grid’s premium features: the ability to detect faces in photographs and crop accordingly; any photographer will tell you that the cropping of an image is one of the key ways of investing emotion. Drama, optimism, strength, ambition, all of these things and more can be achieved with a well-cropped image. Centering on a face does little but fit the image into the available space.

Another core feature is the ability of The Grid to recolor images to unify hue and saturation. However, even in The Grid’s promotional video we see that images look dull, like Instagram filters set up for a vintage style. It works…sometimes.

The problem with The Grid’s design process is that it doesn’t have one. It mimics design, but actually applies style without any understanding of content. The Grid has no inherent cultural awareness, no subconscious, it doesn’t even have eyes. Design is about taking decisions, and The Grid’s AI has no understanding on which to base a value judgement.

The Grid does not design, it applies a pre-conceived set of rules. All truly great design knows when and how to break rules; computers never deviate from the pattern they’re fed.

CAN THE GRID OUT-STRATEGIZE YOU?

For most web designers, the most urgent area to address when taking on a new client is strategy. You may not even realise you do it, but for a business that doesn’t understand branding, or blogging, or whether the colors their CEO’s daughter picked out really work, your advice is invaluable.

The infinite monkey theory states that given enough time, a monkey hitting random keys on a typewriter, will eventually produce the complete works of William Shakespeare. Using a similarly optimistic approach, The Grid uses A/B testing to optimize its choices, but design is not simply a mathematical process and there is no equation for creativity.

thegrid.io, built by The Grid, works as a site because it’s copywritten, art-directed, and strategized by web designers. Most companies will know instinctively the kind of site they want, they may have a strong idea of branding, their priorities may even be straight; but very few companies are anything but hazy on the details.

What tone should they be setting? Is their imagery appropriate for their target demographic? Will their content help them climb the search engine rankings? Should they focus on blogging or social media? These are just some of the questions that The Grid cannot answer.

The Grid can’t carry out research, brand values mean nothing to it, it has no cultural sensitivity. This leaves the responsibility for critical decisions with the client. By handing complete freedom to the client, The Grid delivers none of the guidance that a good web designer provides. Instead of providing solutions, The Grid poses questions.

IS THE GRID A BETTER WEB DESIGNER THAN YOU?

There’s an elephant in the room: The question of whether or not The Grid is a better web designer than you is less about how well it does its job, and more about how well you do yours.

If you regurgitate ideas, decorate content instead of designing it, impose a style instead of reinforcing a message, or adhere rigidly to rules, then it may well be at least as good as you.

In terms of code, The Grid does not output what most professionals consider to be production-ready markup. And its reliance on JavaScript for layout is highly questionable. However we have to accept that, given the cost involved in doing the job properly,many clients may well decide to do the job adequately instead.

As an experiment, The Grid is fascinating. As an engine for art-directing a substantial site like The Verge, or Vice, The Grid offers a technique by which content producers could rapidly art-direct time-sensitive data.

As a rival to web builders like Webydo, SquareSpace, or 1&1, The Grid must be the cause of a lot of lost sleep. It’s certainly more advanced than its rivals, and will probably take a lot of business from companies who have already convinced their own customers that do-it-yourself is a risk worth taking.

However, if you’re doing the job of a web designer properly, The Grid has no way to compete. No artificial intelligence will ever replace a human designer, because design is largely about emotional intelligence.

Good design extends into every facet of a website, and it’s not about computers talking to each other, it’s about human beings communicating.

Recent Posts
Like what you see and want to work with me?

Want to work with me?